John W. Lyons Jr. ’59 Chair and Distinguished Professor of Biology at Texas A&M University, is internationally recognized as an authority on molecular mechanisms of the circadian clock. Dr. Hardin received his BS in Biology at Southern Methodist University in 1982 and a PhD in Genetics from Indiana University in 1987. He then did postdoctoral work in the laboratory of Dr. Michael Rosbash, who received the 2017 Nobel laureate in Physiology or Medicine and is a Howard Hughes Medical Institute Investigator at Brandeis University. As a post-doctoral fellow Dr. Hardin showed that the circadian timekeeping mechanism was based on a transcriptional feedback loop in gene expression, which was one of the key discoveries that led to the 2017 Nobel Prize in Physiology or Medicine. In 1991 he joined the Department of Biology at Texas A&M University as an Assistant Professor. In 1995, he was recruited to the University of Houston as a tenured Associate Professor of Biology and Biochemistry, where he was promoted to Professor in 2000. In 2004 he was selected as a John and Rebecca Moores Professor. Dr. Hardin was recruited back to the Department of Biology at Texas A&M University as the John W. Lyons Jr. ’59 Chair in 2005.

Dr. Hardin’s work on the fruit fly circadian clock laid the mechanistic framework for circadian timekeeping in all eukaryotes. His subsequent research has defined sequences and factors that control circadian transcription, interlocking feedback loops within the timekeeping mechanism, and the presence of circadian clocks in peripheral tissues, which provide the molecular basis of our current understanding of the human clock in health and disease. In recognition of his contributions to the field of biological rhythms research, Dr. Hardin received the Aschoff-Honma Prize in 2003 from the Honma Life Science Foundation in Japan, was selected as a Distinguished Professor at Texas A&M University in 2008, received the Association of Former Students Distinguished Research Award in 2017, was the inaugural recipient of the Indiana University Biology Distinguished Alumnus Award in 2019 and was elected as a Fellow of the American Association for the Advancement of Science in 2020. Dr. Hardin has served his field extensively including as a member of the National Institutes of Health study sections in Biological Rhythms and Sleep and Neurodifferentiation, Development, Plasticity, Rhythmicity, as the secretary (2004-2006), treasurer (2008-2010), comptroller (2010-2012), president-elect (2012-2014) and president (2014-2016) of the Society of Research on Biological Rhythms and as an advisory board member (2000-2004), associate editor (2005-2013) and editorial board member (2014-present) for the Journal of Biological Rhythms.

What first got you interested in circadian clocks research?

In graduate school I was a genetics major but studied developmental biology of sea urchins; a system that was great for biochemical/molecular studies but not genetics. When looking for a post-doc I wanted to use a model system with great genetics to complement my experience with molecular and biochemical studies. My graduate advisor said a friend from his post-doc years is using Drosophila to study the genetic basis of circadian rhythms, which I thought was a new and important research area. Being at the forefront of studying the genetic basis of behavior was a great choice and allowed me to use genetics and molecular biology to ultimately determine how biological clocks control daily rhythms in activity.

Who is your role model, and why?

My parents are my role models. My father was raised in rural east Texas and worked his way from a secretary at a branch office of the Santa Fe railway at 18 years old to become Assistant Vice President for Marketing. He showed me that hard work and perseverance lead to success. He and my mother kept a watchful eye on the activities and academic progress of my brother and me, which was a pain at the time but showed me how to raise a strong family and be a good parent. Although I am sure that my parents had disagreements, they resolved them privately. I suppose this was one of the reasons they were married for 52 years when my mother passed away. They taught me how be a good person, father and husband and I am forever grateful.

What do you think are your greatest strengths as an instructor?

One strength is to be attentive to student needs such as answering emails promptly, answering questions during and after class and meeting with students who can’t make office hours. Another strength is fairness, including curving student grades for an exam that is overly challenging, throwing out ambiguous or poorly constructed questions and making sure students always know where they stand as far as their course grade. Basically, I treat them the way I would want to be treated.

What characteristics do you prize most in a colleague?

My best colleagues are people who listen to me, value my opinion, give sage and honest advice, provide their resources and expertise freely, give credit where credit is due and work towards the betterment of our department/university/field.

What advice would you give to a new graduate student? New professor?

My advice for a new graduate student would be to choose a lab where you will receive the best training to become a scientist. This is more important than studying the problem you have always wanted to study, there will plenty of time for that later. Such training is often given a lab, this will likely be in a lab with a “tough” PI, but you can learn more from a tough PI, be more productive along the way, and get an excellent post-doc or industry position afterwards. New professors should focus on one or two key projects, learn how to teach/mentor effectively and efficiently, accept people into their lab who will catalyze an excellent lab culture and be successful, be a great colleague, take advice from mentors to heart and avoid getting distracted by conducting service that is time consuming and doesn’t provide some short or long-term benefit.

As an undergrad at SMU I put in a lot of time studying during the week, but always took time on the weekend to participate in sports, go to events and to party with friends. I forged strong bonds with my favorite instructors by asking questions and asking for advice. During my last two years my focus was on gaining research experience and positioning myself to be very competitive to get into great graduate schools. In graduate school my strategy was to put enough time to teach adequately and do well in classes, but invest most of my time in finding the right advisor and lab for me. This meant talking with the PI and other students/personnel in the lab to make sure the lab was a good fit for fostering future success and putting in the time to impress the lab that I was worth accepting. Once I found the right lab I worked 70-80 hour weeks on my project. Nobody was going to outwork me either at the bench, strengthening my understanding of the problem or thinking of new ways to move my project forward. This didn’t come at the expense of making great friends and having fun.

Tell us about a project or accomplishment that you consider to be the most significant in your career.

The most significant accomplishment in my career would be discovering the molecular mechanism that drives the ~24-hour circadian clock. During my first year as a post-doc a colleague in the lab of our collaborator showed that the protein encoded by the first “clock gene”, called PERIOD (PER) protein, showed a daily fluctuation in photoreceptors and brain neurons from Drosophila heads. I wondered whether the fluctuations were a product of daily cycles in per mRNA. Over the next year or so I generated data that showed per mRNA in wild-type flies did indeed show a ~24-hour cycle. More importantly, I found that PER protein feeds back to control the pace of the circadian clock; per mutants with single amino acid changes that shortened, lengthened or abolished circadian rhythms also had the same effect on per mRNA cycling. The “transcriptional feedback loop” (TFL) mechanism has stood the test of time and ensuing studies showed that similar TFLs keep circadian time in virtually all eukaryotes. The TFL was honored as a key discovery for the 2017 Novel Prize in Physiology or Medicine, which was awarded to Michael Rosbash (my post-doc advisor), Jeff Hall (PI of our collaborator lab) and Michael Young. 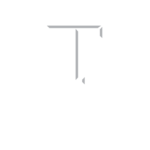